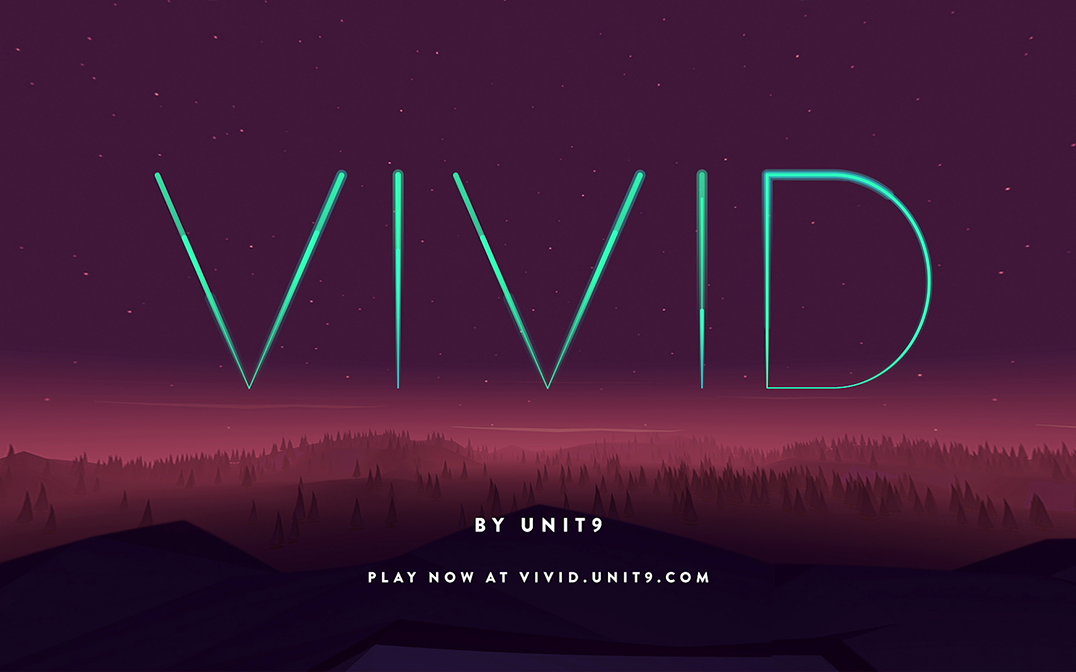 Vivid pushes the boundaries of WebVR

With Vivid, UNIT9 has pushed the boundaries of WebVR. Using real time graphics built in WebGL, the team have created a stunning WebVR experiment. You simply need a smartphone and cardboard and you can begin a fireworks display in WebVR. Give it a try here on your smartphone.

The beauty of WebVR is its accessibility. Users just need a smartphone and a Google cardboard and they can play direct from their mobile browser. The Vivid gameplay is simple and intuitive, using gaze selection as its only control.

Simply connect three fireworks and make a massive firework display in VR. Watch your progress with a combo meter at the bottom of the screen while you mount up points. The longer the game goes on, the harder it becomes to match fireworks!

WebVR is an exciting new technology that will open up VR to anyone with a phone. But UNIT9 wanted to set the bar higher with Vivid. So we used particle systems and real time graphics built in WebGL, to create dynamic, stunning visuals.  See more UNIT9 work here.