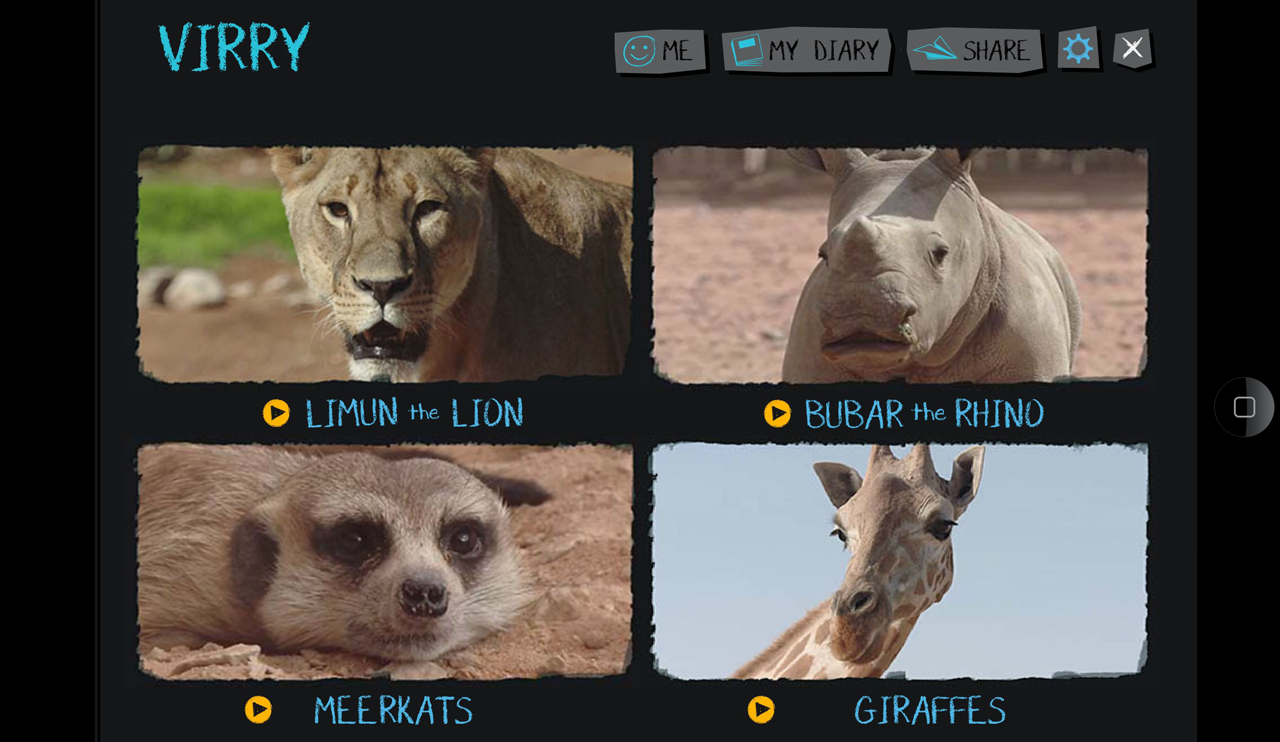 UNIT9 partnered with Fountain Digital Labs to create Virry, an edutainment iPad app. The interactive films were shot in the UAE by writer-director Martin Percy. This breakthrough app allows kids to feel like they’re playing with real animals. Children are able to interact with lions, rhinos, giraffes and meerkats while also developing different cognitive skills.
Kids can build a connection with endangered animals by feeding or playing with them. They can also watch the animals that appear in the interactive videos LIVE, filmed on streaming HD cameras.

The iPad game mechanics are built into the raw film footage, allowing children to interact with wildlife naturally; they tilt the iPad to feed the meerkats, shake the device to make the baby rhino run and keep it very still when the animals needs to rest. Children also use their voice to communicate with the animals.