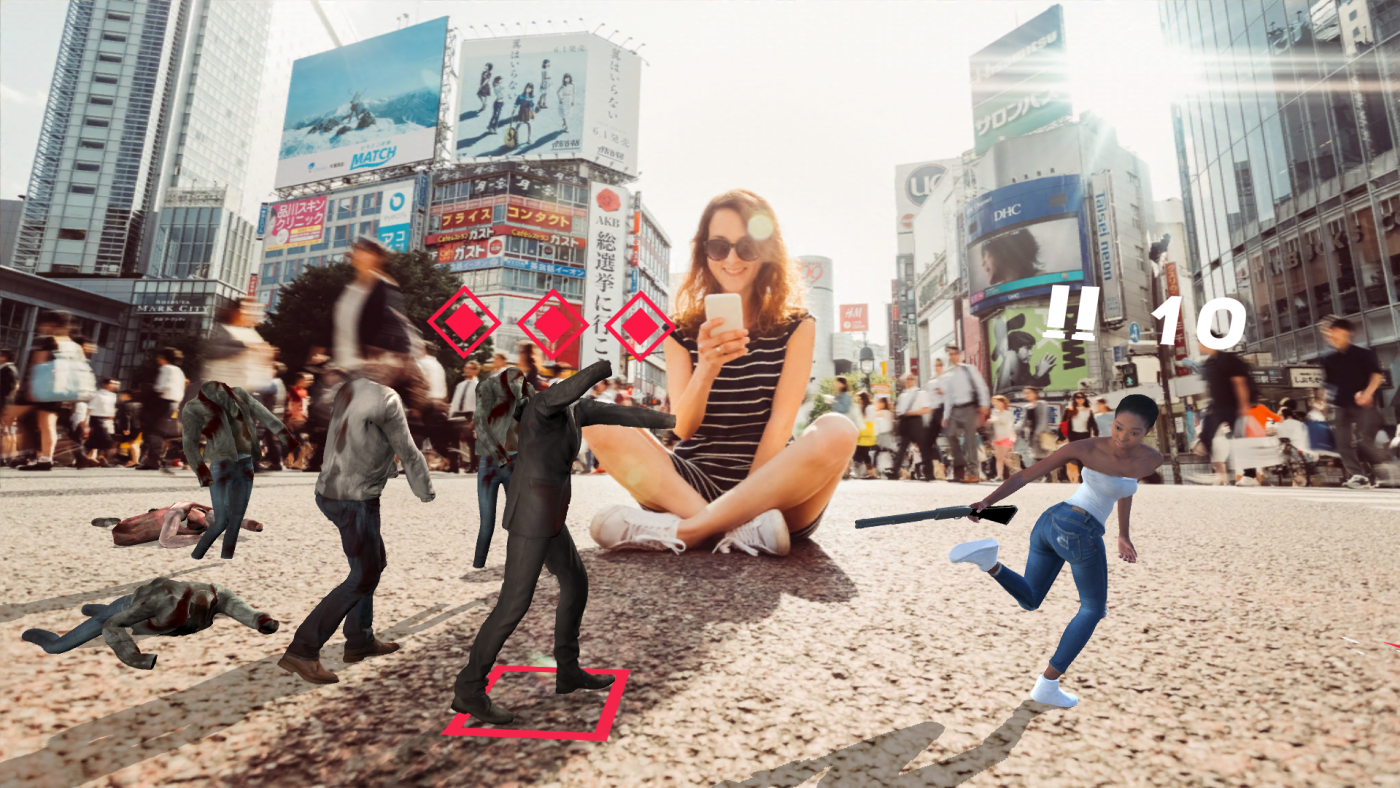 The idea of the Unseen AR is to give people a tool to boost their social media appearance to the next level while playing a catching survival game. Utilizing the newly emerging technology of Apple ARKit the users have the opportunity to place a deadly arena right in their living room and capture their best moments on photo and video to impress their friends.

The gameplay is simple yet effective: kill zombies, get rewards, continue the killing. 😉 Your invisible opponents come in waves, each more formidable than the previous one. Destroying all zombies in a wave advances the player to the next one and grants him a free choice of power-ups and funny challenges. A Challenge can be a round of infinite, triple grenades but facing triple the amount of zombies. They are risky but give the game a lot of replayability. No two of your runs will be the same.

We gave the players four weapons to massacre with. A precise pistol, a powerful shotgun, explosive frag grenades and a trusty baseball bat. Each weapon is handled differently and requires specific positioning and aiming. Ammunition is also limited, so you will need a decent strategy to survive long enough to beat your high score. Better be precise. Weapons can be fired in two modes: quick and aimed. Aiming the weapon by holding down the Fire button significantly improves outgoing damage, at the cost of mobility and time required to aim.

The newly released ARKit is a very powerful AR technology enabling very precise tracking of the world and the device’s position in it. It allows to create the perfect immersion of virtual content into your private space.

Record your gameplay using the in-built tools, then post it on social media with just a couple clicks! Share zombies running over your living room, piles of corpses covering your desk or the last moments of the epic battle in the kitchen. Let the world know you are still fighting!