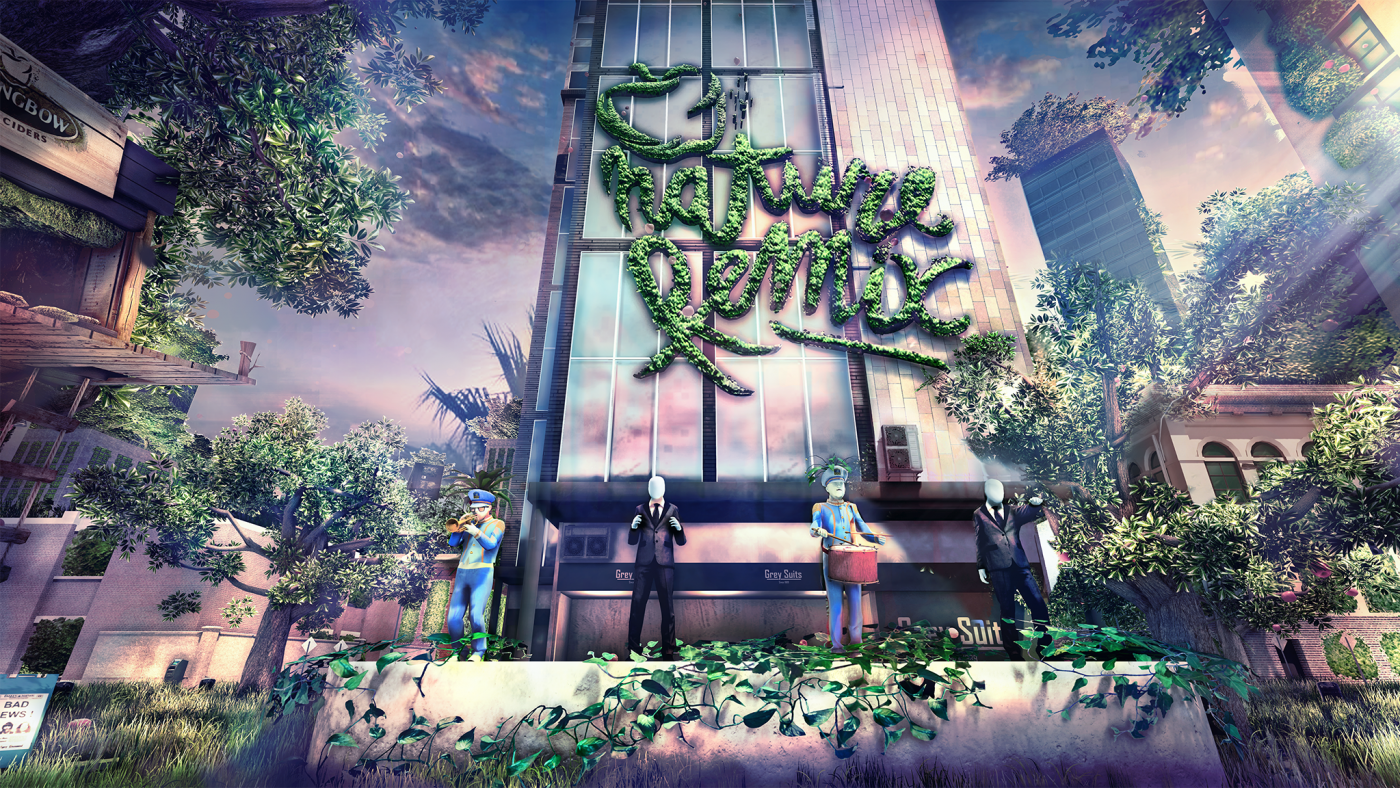 Strongbow Invites You to Remix VR with Nature.

Cider brand Strongbow wanted to bring the transformative power of nature to an urban jungle environment. And push the boundaries of VR at the same time. So we took their latest commercial a step further, inviting cider and nature fans everywhere to transform a city with their own hands with a Strongbow Virtual Reality Game.

Transform a city in VR

Using the HTC VIVE, fans step inside a grey, gritty, uninspired city. With a pull of the trigger, they can magically create an apple out of thin air. But the real magic happens when they throw it at the cityscape – transforming anything it touches into an urban jungle.

A hidden world of nature

Street lampposts take root and sprout leaves. Statues mold into dancing forest creatures. Users reach their hands up in a king-of-the-jungle-like gesture, and apple trees rain from the sky. Touch the concrete ground below you, and grass sprouts up and around your feet. Its like a world of nature has been hidden beneath the city, bursting to come out.

From film to VR

This Strongbow Virtual Reality experience was inspired by Strongbow’s latest commercial – directed by Fredrik Bond – featuring two guerilla artists out to replace a city with a jungle. Together, they traipse around a city fashioning an urban jungle as if by magic. Trees grow out of the ground.

Apples avalanche from a parking garage. Taxis are transformed into plant pots. The world around them becomes greener before their eyes. The UNIT9 team recreated this experience in virtual reality.

A new take on man versus nature. Except this time, the audience was in complete control – transforming a city into a magical green space in VR, with just the toss of an apple.