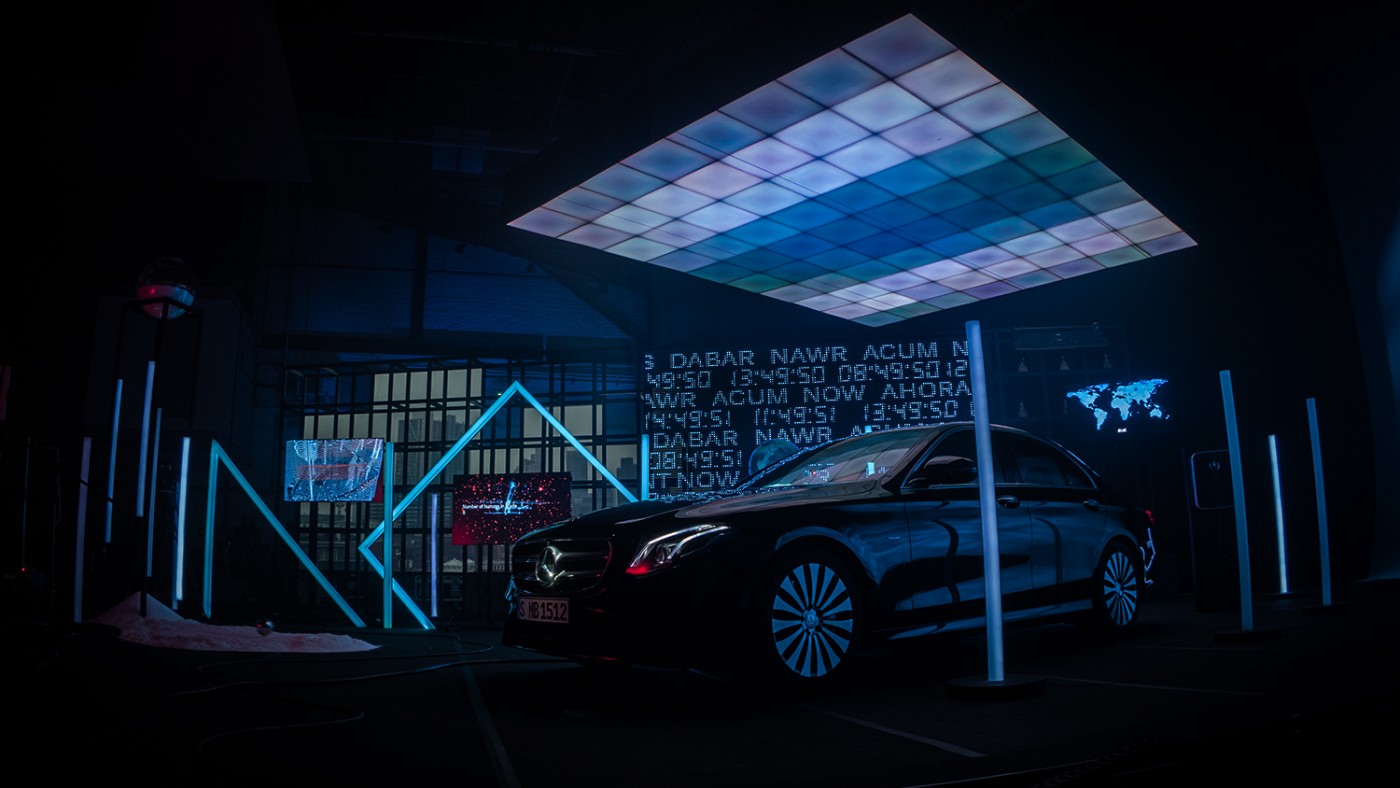 While the automotive industry rushes to launch its latest innovation in the electric car market, the Mercedes-Benz vision for electric car driving isn’t just a concept—it’s happening today. Right now. But it’s only one of the millions of incredible things happening right here in this moment.

To showcase right NOW in the most exciting, unpredictable, no way possible, we created the first Mercedes Live Commercial. Live for twelve hours and all shot—and broadcast—in real-time.

The team captured the film with multiple live cameras and data feeds. And then live edited the content into a single stream on YouTube. It became a 60 second “Vision Mix” that looped 720 times within the 12 hours. The truly magical part was, every time it looped, the film evolved from its previous versions.

We build the installation using many analog and digital components. A Foucault pendulum that drew spirals in white sand that fell from a giant 12 hourglass. Real time data visualizations of hashtags and statistics displayed in WebGL. An accurate representation of sunlight cast on the Earth and live streams from external locations, presenting both people and place.

There were also performances throughout the day. We brought in live musicians and an artistic representation of the human day performed for the whole 12 hours by dancer Resi Bender. Choreographed by artist Darren Johnston.

No matter how many times you watch the film, you’ll never see the same thing twice. And just like the world of Mercedes-Benz, it truly captured and demonstrated innovation that’s happening right NOW. 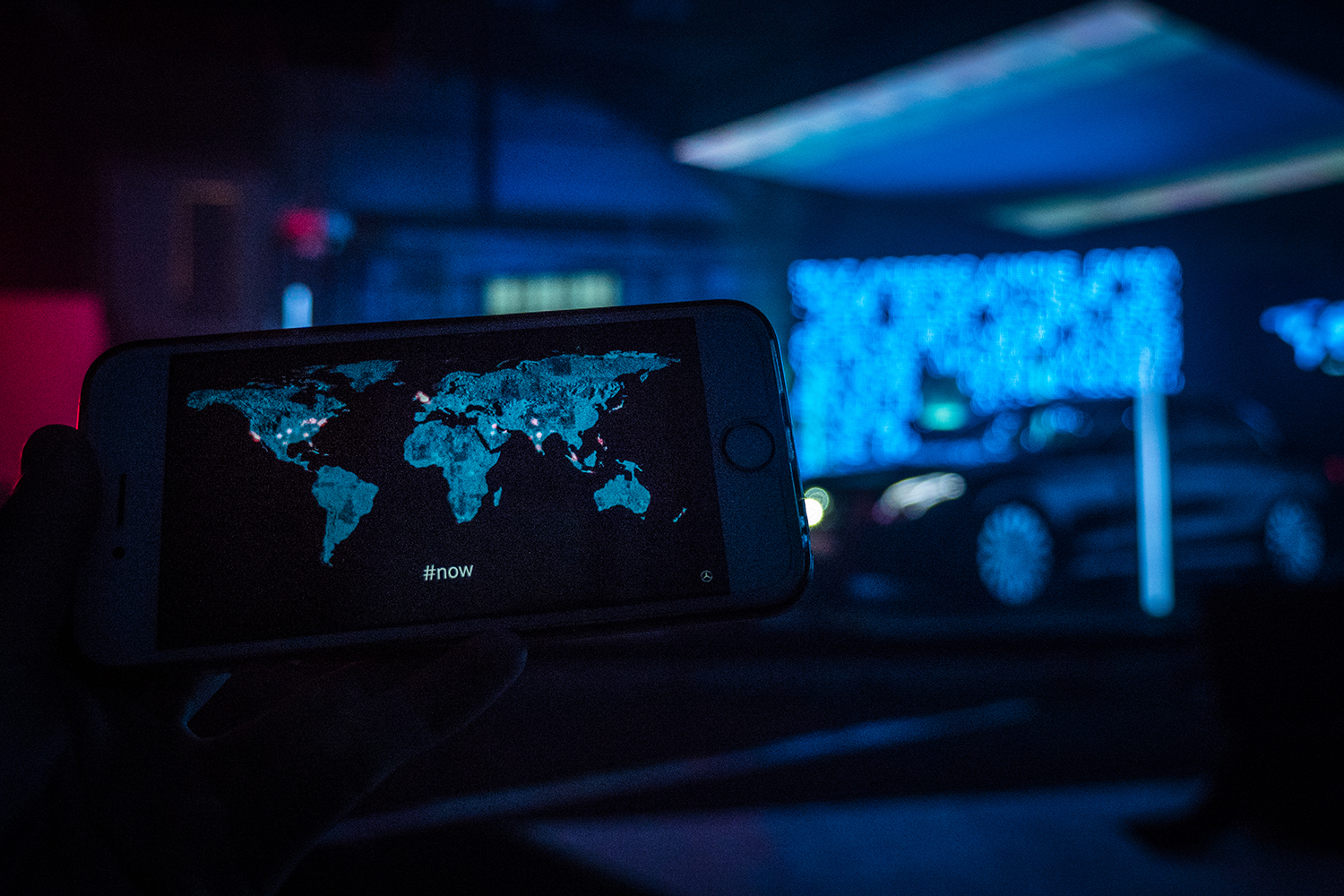