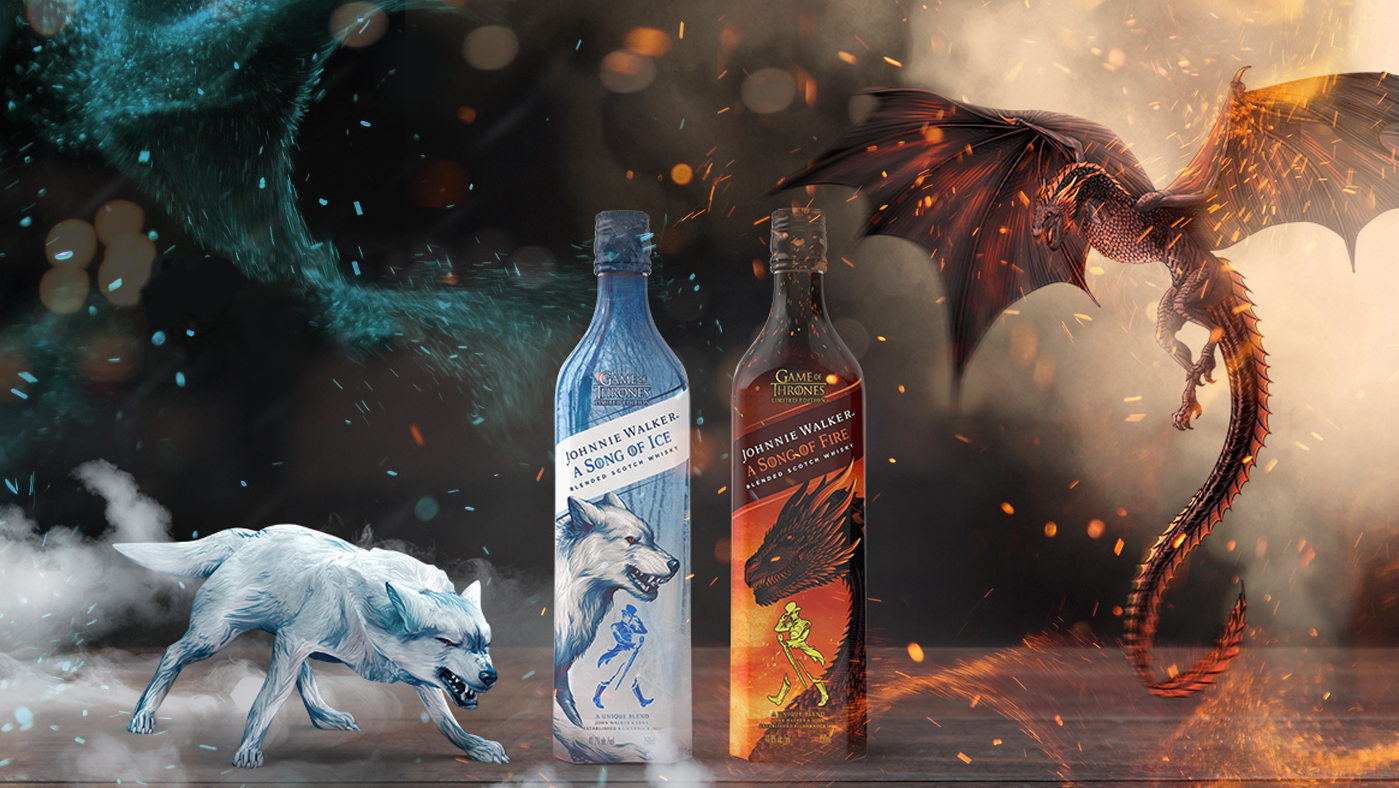 Johnnie Walker wanted to bring its special edition Game of Thrones whisky to life in an exciting, memorable way. So, together with our friends at AnalogFolk,  we created an exploratory WebAR experience that lets fans show allegiance to their favorite house and unleash a direwolf or a dragon in the comfort of their own homes.

Johnnie Walker’s limited-edition “A Song of Ice” and “A Song of Fire” whisky were the ultimate collectibles for Game of Thrones fans. We worked with the brand to make them even more engaging and add cutting-edge AR technology to the bottles.

Each bottle came equipped with a QR code. When scanned, an animated 3D AR
experience with characters from the show burst out of the packaging. “A Song of Ice,” inspired by House Stark, featured a direwolf on the prowl amidst a blizzard. “A Song of Fire,” inspired by House Targaryen, summoned an epic flying fire-breathing dragon. The activations perfectly matched the flavor profiles of their whisky: one was crisp and clean, the other spicy with a subtle smoke.

Our team used 8th Wall, web-based image recognition software, to track and map the AR experience to the marker on the Johnnie Walker bottles. We also used spatialized audio to make use of the device’s motion sensors. This produced an image the user could save, send to friends, and share on social.

We ran into some unexpected technical hurdles, like not being able to mask the bottle and not having support for certain special effects. Our team had to act fast and find quick fixes to keep the project moving on its already-tight timeline. It required some long nights, but we made it happen.

The custom bottles were the ultimate collectibles for Game of Thrones fans and truly honored the legacy of the show. We’re thrilled to have worked on a project that was tied to a major cultural phenomenon and we’re proud to have brought a little bit of Westeros to people’s homes. 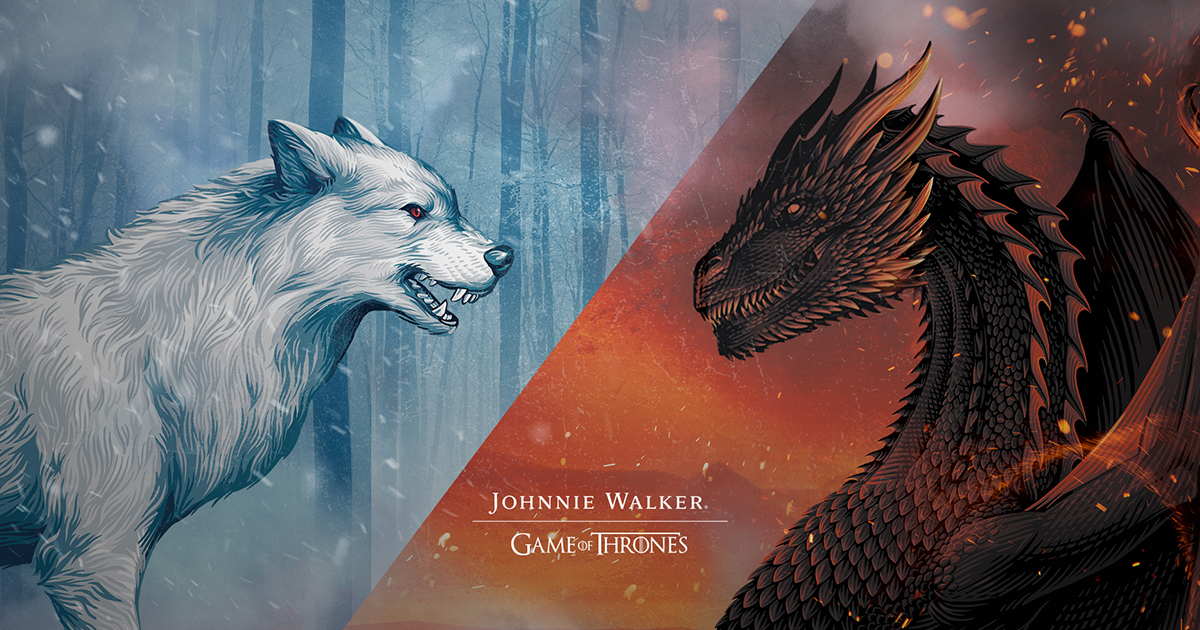