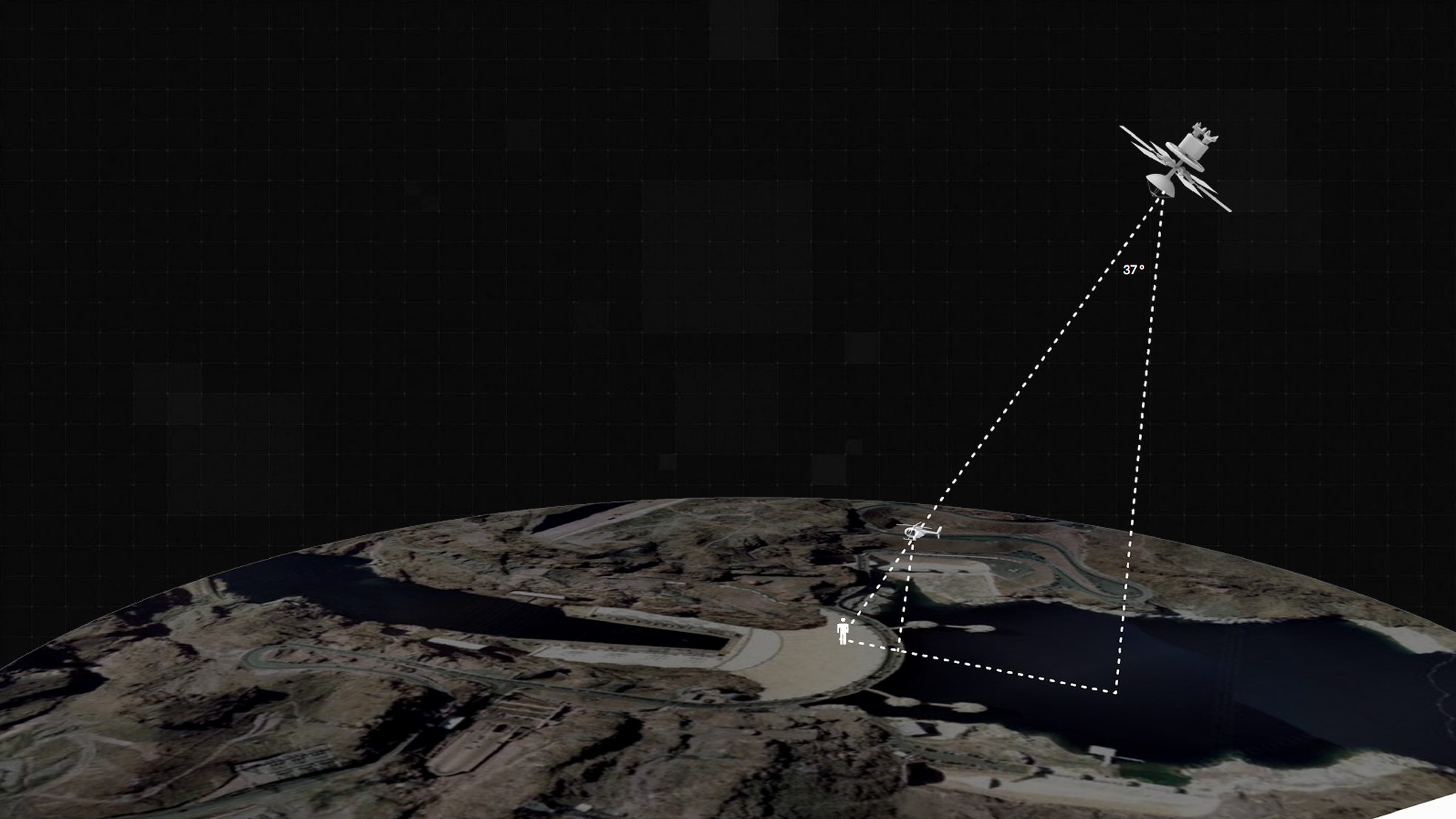 To celebrate the new 007 film, Spectre, the first ever selfie was taken from space. We didn’t know if this was even possible. Which was exactly why we took it on…

In case you’ve never taken a selfie from space, you need: A Satellite (to take a photo at the exact right moment), The Hoover Dam (for an epic location), Dune Buggies (to get everyone there), and Influencers sharing with everyone.

The event was set to be synced to the exact time of day at which the Deimos-2 satellite crossed the Hoover Dam. 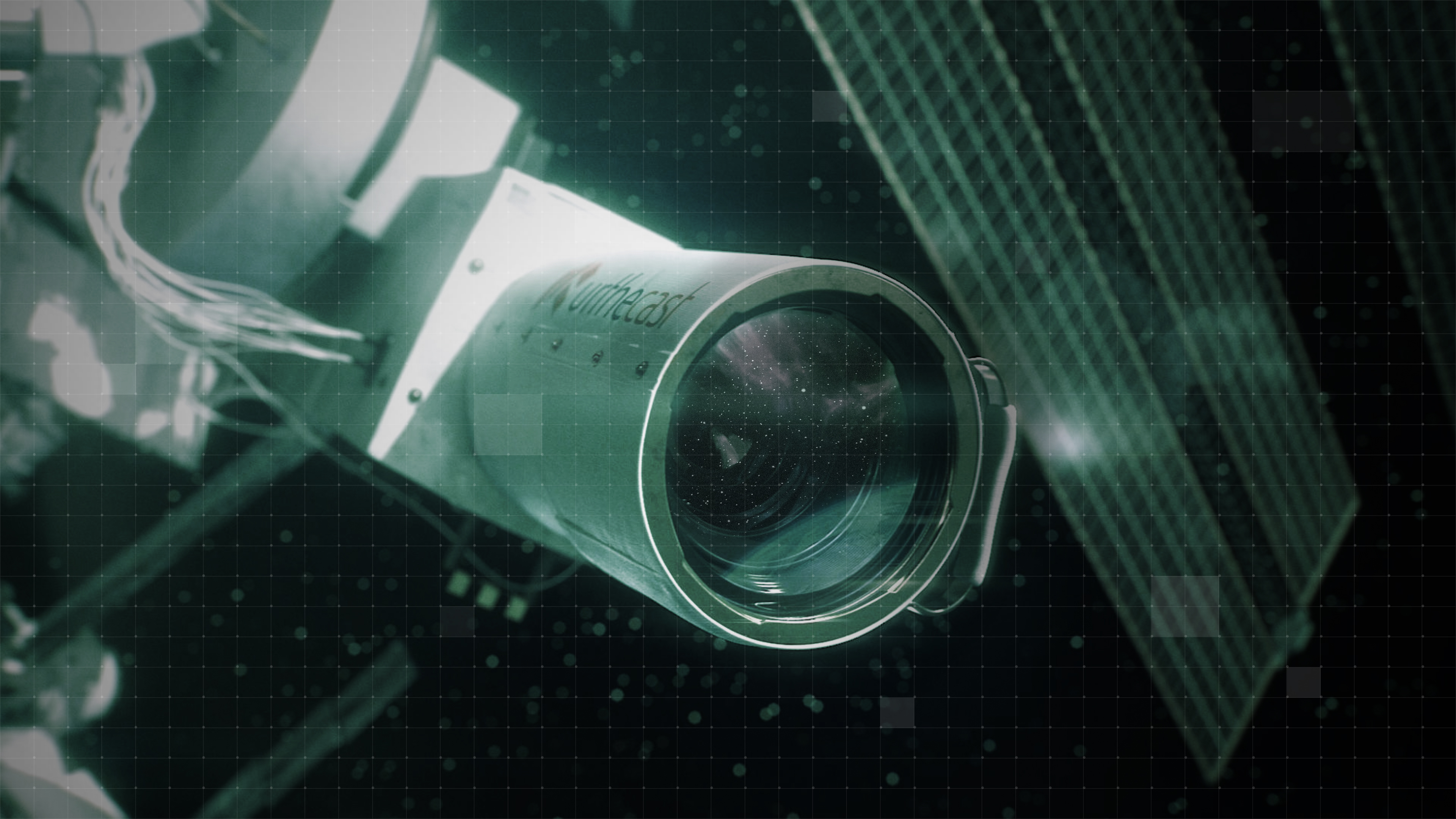 As the satellite took a picture from space, a helicopter was positioned at precisely the same angle to take the same photo. The idea was to combine the photos into a series of images—each getting closer and clearer as we zoomed in. 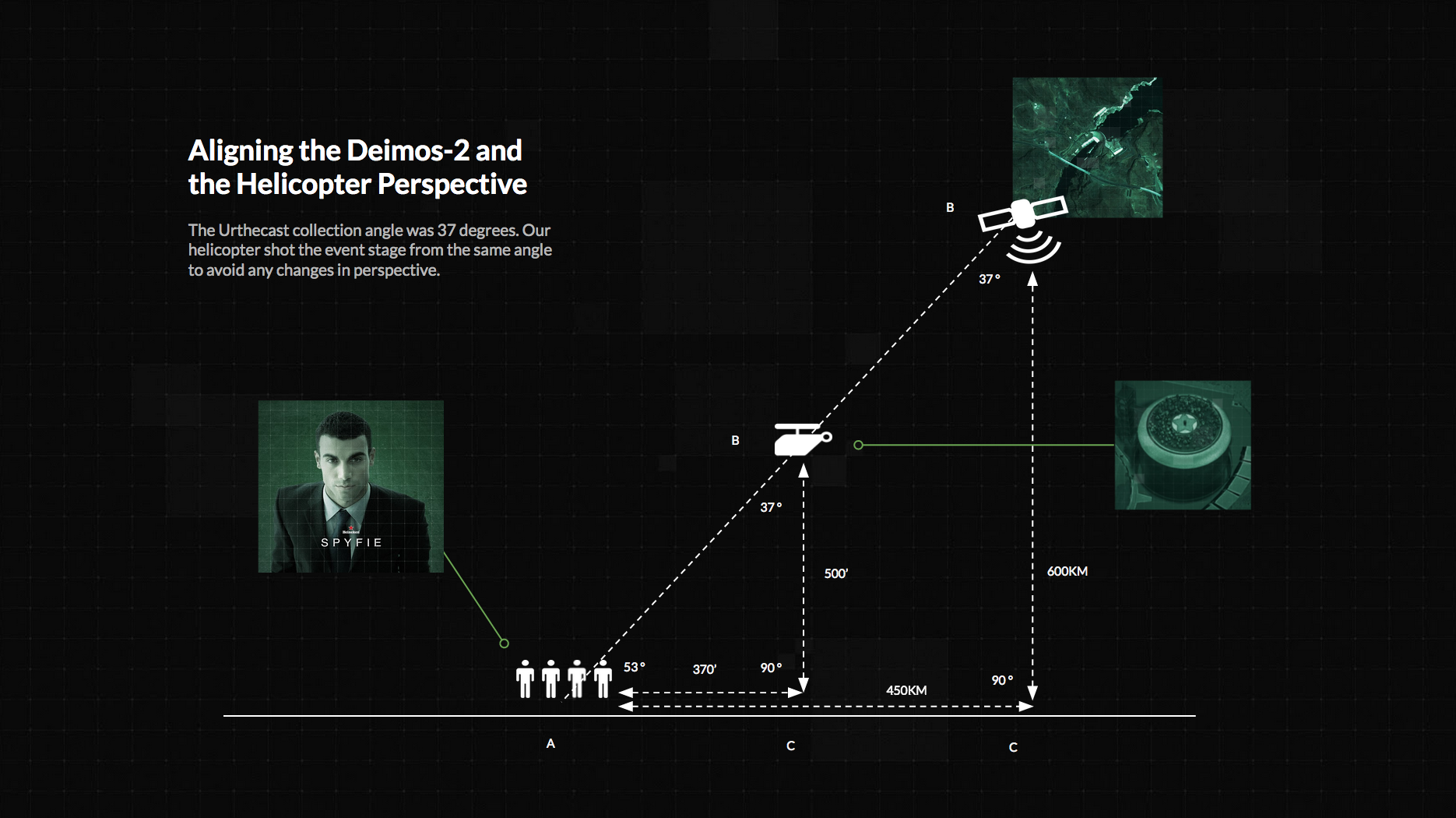 At 9:46 AM the Deimos-2 satellite, orbiting around the earth to capture “high resolution earth observation” images, moved 37 degrees due east of the event location. The cameras on the satellite scanned the area for several seconds, then converted this data into an image using a special algorithm.

At the same time that the satellite was passing over Hoover Dam, our helicopter was flying 3000ft above ground to give us wide shots of the event. It then lowered to 600ft so the photographer could use his 600mm lens to capture close-ups of the 200+ guests, while ensuring that the exposure settings were correct.

A launch pad was set up in the shape of a 3D Heineken bottle, oriented with the angle of the satellite in mind, and guests appeared as though they were standing on top of the bottle. They were instructed to look up at the satellite by 007 “bad guy,” David Bautista, whose voice boomed from overhead. 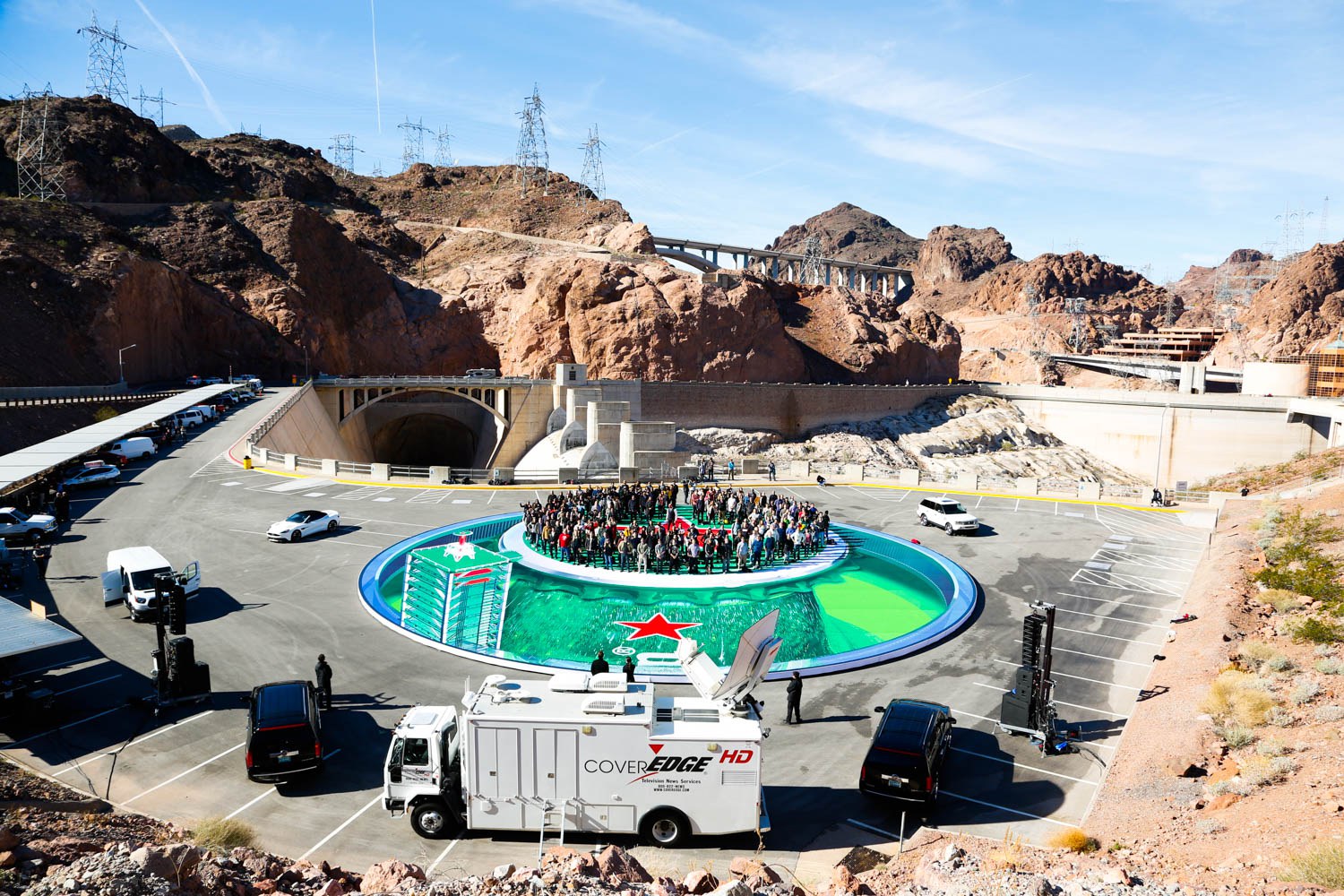 We retrieved the memory card off the helicopter within an hour of the shoot and immediately began the post-process workflow, planned months in advance. Our detailed asset distribution system ensured that guests received their Spyfies as quickly as possible. They were texted a link as well as instructions on how to download the image and video.

After watching the Spectre film premiere, guests received their personalised Heineken Spyfie assets. Everyone received their own “selfie from space” image as well as a customised video of themselves.

Before the event, our test shoots showed how far in we could zoom from 600ft above ground before the images of guests became pixelated. Our test told us effectively that the longest focal length we could use was a 600m lens as a bigger lens would be impossible to keep steady on a moving helicopter.

Because a helicopter vibrates as it flies, a fast shutter speed was essential. We tested in a variety of weather conditions to establish the optimum camera settings for all situations. Luckily there was fantastic weather on the day, so we were able to shoot on low ISO and avoid any additional grain in the images.

Using a stock image of a crowd in place of the Heineken Spyfie aerial shot, we created a template numbered 1 – 200 to represent the guest floorplan. For our test the template was divided into 4 quadrants with each designer creating 50 crops from their quadrant.

Capturing the right selfie for each person was a challenge. To prepare for some people having their eyes closed or their faces turned away from the camera, we created a system that indicated which photos were useable and which were not (shown above with an “x” on them).