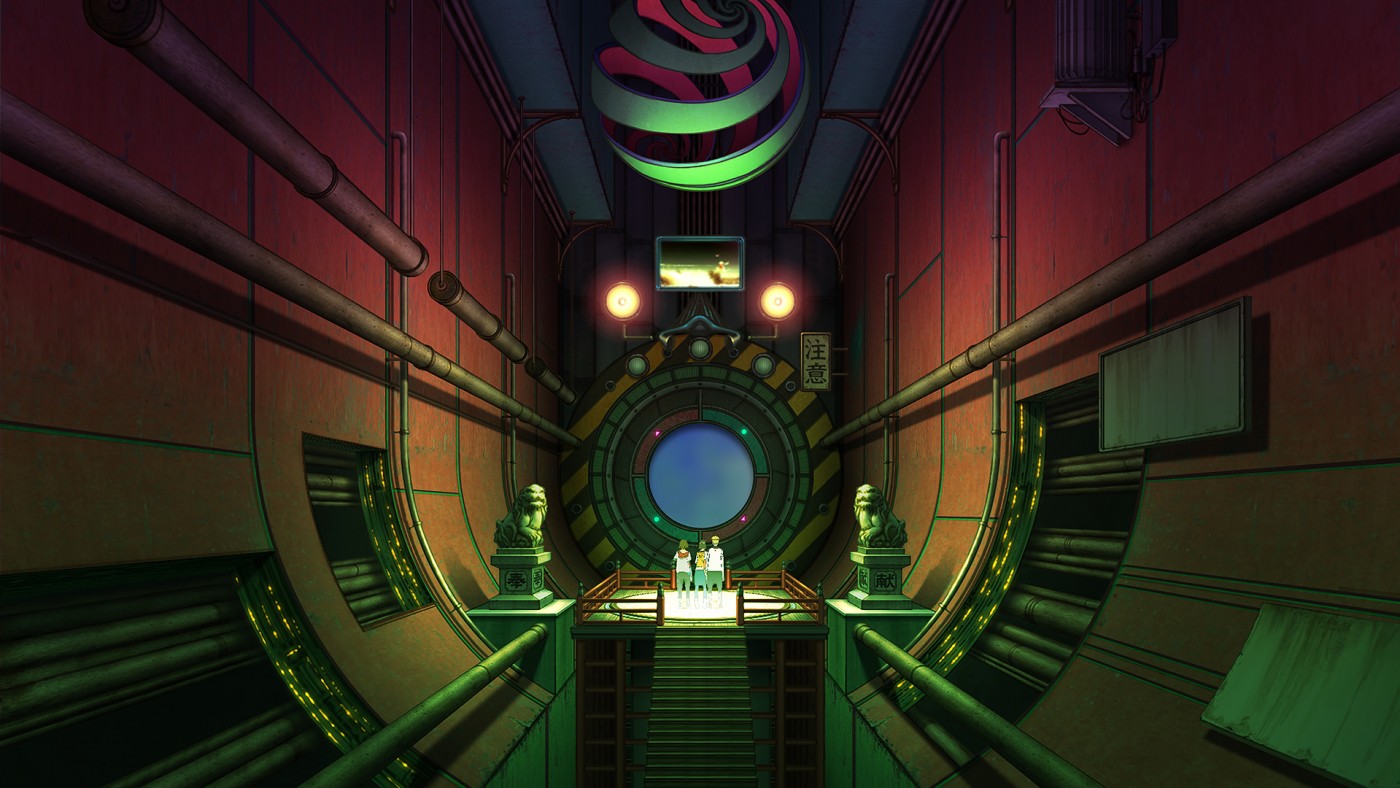 In early 2010 we were asked to team up with DDB Paris and work together to solve a big challenge for one of their clients, and bring together the team that could do it with style. The brief: Change the hearts and minds of teens in France about smoking. The plan: Create the worlds first interactive anime, and allow the viewer to be an active part of a traditionally animated short film, using the newest webcam motion tracking technology.

The project was commissioned by the French Ministry of Health, who wanted a project which would appeal even to the hardcore anime fans out there. With France being the world’s second largest market of this type of animation, we knew it would need to look and feel authentic. So our first step was to ask the legendary anime production house Studio 4°C to join our team, with dsirector Koji Morimoto of Akira and Animatrix fame taking control of the animation personally.

With Koji Morimoto on the team, we spent close to six months writing, brainstorming, planning, drawing, scanning, animating, coding, and – all in all – creating a project which combines gorgeous hand-made anime, custom-composed music throughout, cutting edge motion detection code and an overall narrative which engages and challenges the viewer in equal measure.

“The story takes place in Tokyo, in the year 2040. At key points in the story, the user is able to interact directly with the characters in the story.”

The idea behind the our approach to Attraction is that younger kids often can’t escape the impressions of older generations. They are inexplicably influenced, and this includes bad influences like smoking. With the interactions we aimed to engage our viewers instead of just giving them a top down message. But for this to work, the interactions had to be a seamless part of the story and link with the linear narrative very closely.

The screenplay for Attraction was written in a collaborative way between Morimoto, Anrick, and the team at DDB. Our aim was to create a story which would fulfill the campaign message, and yet engage and include the viewer in it. Doing that relied on a successful integration of classic animation and modern technology. Technology and creativity are one and the same thing, but they are also counter intuitive, and our challenge in constructing the story was in thinking ahead to what would frame the experience at the very end; the way the user would interact with it.

There were two key steps for us to follow in making the story work with the technology behind the experience. Firstly, once the story was in place, we were able to start to visualise the characters, and the environment they would live in. Our communication spread across three countries, and involved many hours of skype conference calls to discuss everything from the design of the school bags the kids would be carrying to the inner workings of the pyramid seen at the end of the film.

Secondly, we spend about two weeks designing each of Attraction’s webcam interactions and building them, in a very simple form, for everyone in the team to try out. This helped focus us all towards a common goal, and each of those prototypes were fully coded, so they allowed us to update them as animation production got underway. In the end everyone needed to feel and see for themselves how their animation would be used in an interactive context.

“Our interactions give the players of Attraction the choices kids have to make in their social life, choices which could lead to smoking.”

The interactions are a seamless part of the story, and link with the linear narrative very closely. From the very beginning of our collaboration with the team at DDB, we all aimed to truly engage our audience, instead of just giving them a top down message. In a reference to what the Kinect is making possible now using a games console, we decided that capturing a users movements and incorporating that into our story would be the most original and innovative way of communicating the message of the campaign.

To make that possible, the animation would need to work seamlessly inside of a flash code-based environment. While Morimoto’s team in Tokyo worked on the overall animation production, aiming to create close to ten minutes of bespoke hand-drawn animation in record time, we worked closely with our own ‘interactive animation’ team. We took base assets like payered psd’s from Tokyo, and generated approximately three minutes of carefully layered animation purely for the interactive sections of Attraction. Compositing and interactive build was done in close collaboration with the project’s coders to ensure a seamless experience.

Our target audience are ‘high maintenance’, they expect a lot and don’t just want to ‘do something’. They want to ‘feel something. Our interactions achieve this by giving the player of Attraction the choices kids have to make in their social life, choices which could lead to smoking. And we bring the tendency younger kids have to copy older ones, and how this social pressure can lead you to something that is unexpected in many ways. The interactions illustrate to the player that the effects of smoking and the social pressure surrounding that are strong and can lead you to loose control of yourself, and making your own decisions.

“It’s a sunny day, just at dusk, with a low sun throwing light around.”

Like its any other form of animation, we began with storyboards drawn by Morimoto himself. He created the flow of the story, defined it’s pace, and established camera angles and framing very early on in the project, along with rough dialogue.

Using the storyboard as a guide, Morimoto and his team started to create layout frames, which primarily consists of the background and scenery that the animators will in turn use to create the action frames and shots. On our side, we started to frame the storyboards in the contact of the interactive prototypes we had built, and used this to make key decisions about the way we would go about layering and preparing the animation once done, to fit into the framework provided by the code.

Morimoto’s key-frame animators started to draw the frames for the character’s starting and finishing poses in a scene, in early August. Following that, they created the in-betweens, drawings that create the fluidity and fill in details.

Once the color stylist and SFX team provided the finishing touches, our motion graphic team at unit9 kicked into action, working with the raw animation source sent from Studio 4°C to generate animation to be used in the interactive sections of the film. Unlike traditional games, where cut-scenes and gameplay are two very different things, we wanted this to feel like one single narrative moving seamlessly between linear and interactive sections.

Morimoto in the mean time was working with his editing team on the final edit, the sound design, and most important, the Japanese dubbing of the voices.

One of the biggest differences in anime production compared to Western animation is the voice actors (called “seiyuu”) are recorded after the video production. This is true of even the original voice acting, not just the “dubbing” for overseas audiences.

Music is a key element in anime because the music that the director selects will help set the tone for the story, and the flow of the action. The music for Attraction was composed by a very talented team of musicians at THE, in Paris, who worked closely together with Morimoto and Anrick to create an atmospheric and flowing series of tracks which would be used as the films sound. The title track of Attraction was composed specifically for the project by French electro DJ Danger (aka Franck Rivoire).

In the end, at unit9, we took all this music in linear form, and reworked it to fit it into an interactive format. This is complex and time consuming, but due to loading times and the nature of an interactive experience, all music needs to be able to switch seamlessly between linear and interactive sections. Music needs to be be always loopable, atmos tracks have to stretch for as long as the user is prepared to wait.

“In the age of the iPad and iPhone the ‘no flash page’ takes on an important role.”

Especially important for this project was to make sure there would be an experience and narrative for anyone out there who might not be able to use flash to enjoy it. In the age of the ipad and iphone the traditional concept of a ‘no flash page’ takes on a much more important role. So our approach for this audience was to turn the film into a manga comic book as a no flash page.