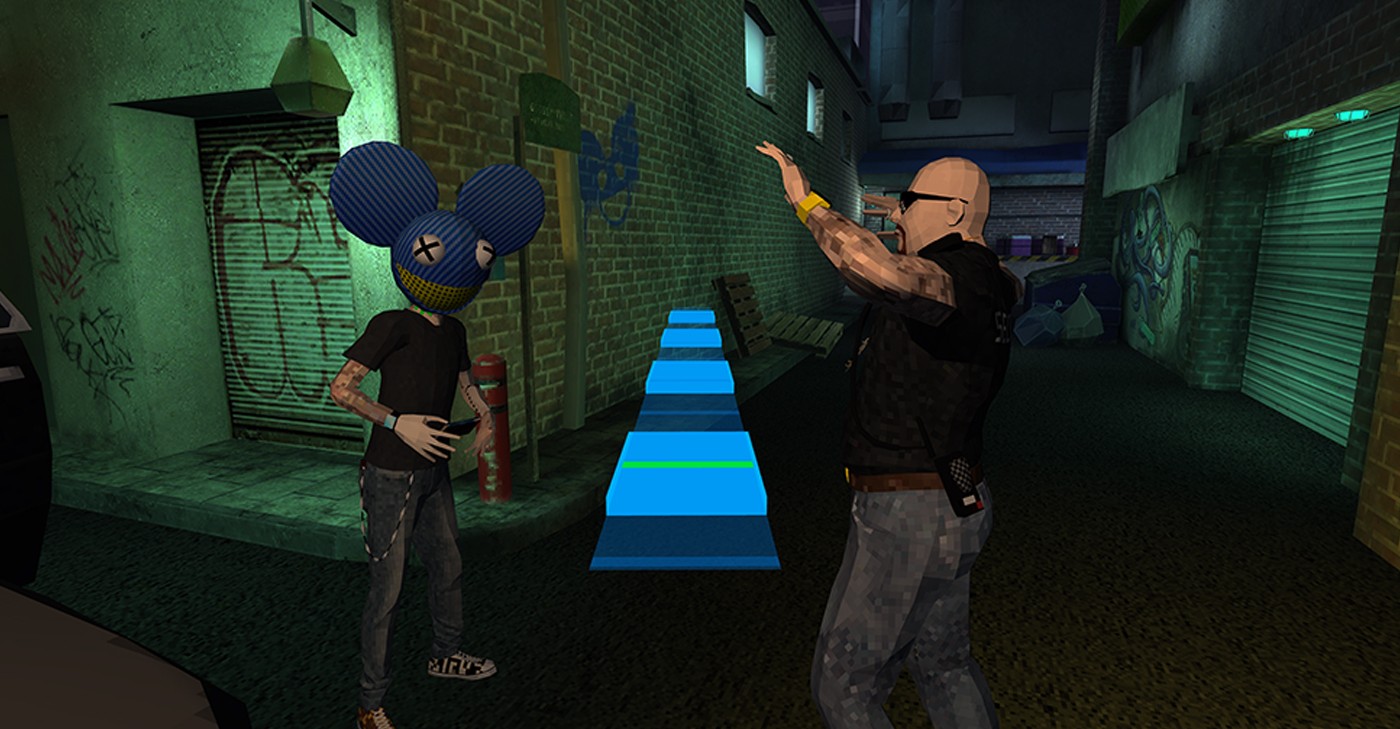 In its never ending quest to create unforgettable nights for fans everywhere, Absolut launched an adrenaline-inducing experience that brought music lovers as close to electronic music artist, deadmau5, as possible.

They were invited to drop a track with him. They just had to get him to the gig on time.

This interactive VR storytelling experience, created and executed by UNIT9 directing duo, Horton De Rakoff, allows fans to actually visit deadmau5’s studio as he’s putting the final touches on his latest creation, “Saved.” We then shift to a third person CGI world as we navigate deadmau5 on an exhilarating adventure to reach the stage. We help him locate his car and his forever companion, Professor Meowingtons, and race him through the city to reach the club. We encounter bouncers and club goers who try to stop us as we reach our final destination.

A nightclub of screaming fans.

To create natural and true to life movements in the game, we motion captured all the characters’ performances (except the cat). Then our team of 3D and motion artists brought them to life by applying the animation data to the CGi characters modelled by the team. This was especially important to deadmau5 so that his 3D character has his distinctive movements and idiosyncrasies.

A VR Experience in a Game Engine

The entire experience was built in a Cinematic Game Engine. By designing and building the Absolut deadmau5 3D world from scratch, we were able to create a more immersive experience where the user guides deadmau5 through different interactive scenes from a unique third person POV. Cutscene transitions and dialogue take the user from one environment to the next as they make their way toward the gig, where the crowd is waiting for deadmau5 to play.

One of our biggest challenges was to not only create an unforgettable experience for the brand and deadmau5 fans around the world, but to also build a rich, immersive, interactive VR adventure that hit frame rate on mobile devices. This allowed fans on the go to hang out with deadmau5 wherever they are.

Diehard fans can pre-order a customized Google Cardboard viewer that features images of the musician’s signature mau5 head , as well as his cat, Professor Meowingtons. The VR app is available for iOS, Android, Samsung Gear VR and Oculus Rift, as well as linear film versions for YouTube 360 and Facebook 360.